We live in different times. COVID-19 rages on and has changed the way we live, racism is being called out and checked and Black Lives have always mattered.

Monuments to Confederate generals and genocidal explorers have fallen. And in our nation’s capital, a horribly offensive team nickname and logo are thankfully no more.

The Washington NFL team is no longer the ugly term once used for Native Americans. Its name will be changed, a sign of the times but a matter that at long last needed to happen.

Leading the way with a strong voice for the change is new Washington head coach Ron Rivera. Yes, Riverboat Ron himself, formerly with a Carolina Panthers and a man so well respected that he was hired by Washington only a few weeks after the Panthers fired him last year.

The NFL playoffs hadn’t even begun, and Rivera had a new gig.

fwiw, they’ve had his name on everything since he got there. he commands more respect than anyone else in the organization. they’re all in on saying he’s really in charge there. https://t.co/BkGb8lCDKy

In the good ol’ boy network of the NFL, change is very often hard to embrace. And to be fair, corporate partner pressure had a good deal to do with the decision.

Critics will point this out, and add “What took you so long?” And their point is valid.

But for years, Native Americans protested the name. At one point, it became enough of an issue that owner Dan Snyder sought indigenous Americans who had no problem with the name and logo, going so far as to have them state publicly their support for it.

That was years ago. This year, the coronavirus happened. Money became a little tighter for the billionaires, as Snyder would surely feel the impact of the departure of partners like FedEx in a year in which the economy nose-dived.

Here we are. The storied pro football tradition in D.C. will continue. Only with a new name and a new look. It’s time, and it’s happening.

It looks like people in Arizona are finally heeding the advice to wear masks, and the state — while still a COVID-19 case hotspot — didn’t have as many new cases from the weekend to Tuesday, July 13.

On July 11, with more than 3,000 new cases in the state and many of those in Maricopa County, where the city of Phoenix is, Phoenix Rising FC re-started its season in 112-degree heat.

No fans. Only cardboard cutouts, signs and a few media folks and staff. It was far from the cacophony of the Bandidos and Red Fury supporters groups and the full stands in Casino Arizona Field. 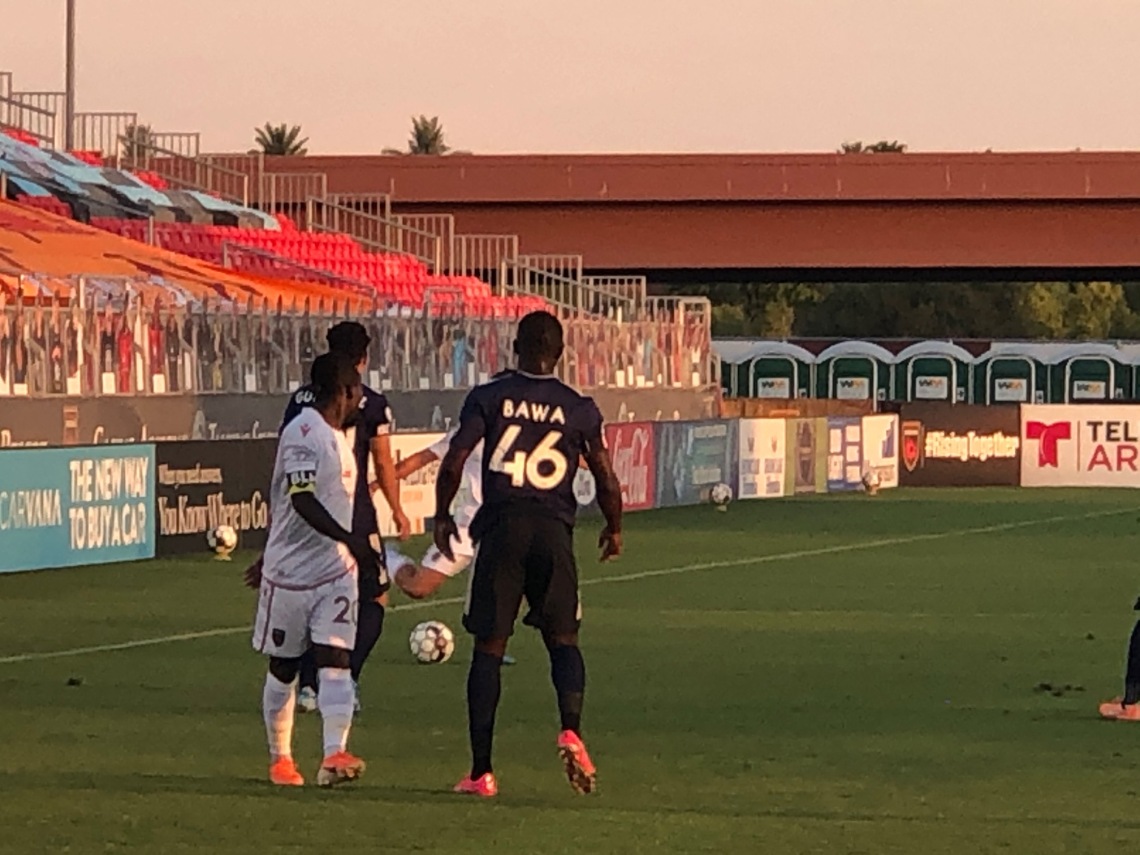 The local side routed LA Galaxy II, 4-0, and looks primed for another big season. The USL Championship has been broken up into regional groups to limit travel in the regular season.

Phoenix Rising became the first local team to return to play, with all other pro teams in the city having yet to restart.